Surplus grain is presently being stockpiled in various warehouses throughout the country (i.e. 100,000 tons are available in St. Paul; 150,000 tons in Kansas City; 95,000 tons in Denver; etc.) A substantial demand for this grain exists all over Eastern Europe (i.e. at least 75,000 tons in Sarajevo; at least 150,000 tons in the Ukraine; 120,000 tons in Poland and so forth). The government has estimated the shipping cost per ton, from each warehouse to each possible demand location.

Assuming that we have enough grain to satisfy the total demand, what is the cheapest way to handle the shipping? For example, maybe the amount shipped to the Ukraine is satisfied by all of the surplus in St. Paul, plus 50,000 tons from Kansas City, while from the remaining tonnage in Kansas City (75,000) is shipped to Sarajevo while 25,000 tons are sent to Poland, etc. Certainly, there are many possibilities. What is the best?

Suppose on the other hand that (sadly) we have less grain available than is demanded. That is, some of the locations will have to go without as much grain as they need (at least from that available in the United States). How would you approach the problem now?

Cycle time (CT) is the average time it takes a board to progress through the entire line, work in process (WIP) is the number of boards between the beginning and end of the line, and throughput (TH) is defined as the average number of boards produced per minute. Your job is to do the following: for WIP levels between 1 and 15, compute CT and TH and plot these relationships. If "critical WIP" is defined as the smallest WIP level that achieves the maximum throughput, compute this value as well. Finally, describe formally, the relationship (if any) between WIP, CT and TH?

Your small company uses custom-cut steel reinforcing rod for construction jobs in metro Atlanta. These rods are purchased from a steel products distributor who is willing to cut the rods for you to specification.

However, the distributor cuts your pieces from stock that is only available in fixed 60-foot lengths. That is, if you need two lengths of rod, one of 15 feet and the other of 45 feet, then a single 60-foot piece is cut in the obvious way with nothing left over (and all is well). On the other hand, if you need eight, 7-foot pieces, then the 4 feet left over from the 60-foot original is yours to pay for as well. Of course, some of these excess pieces may be useful later, but you will have to find storage areas for such pieces which, in turn, costs something too. Indeed, what is left over may be useless altogether and is simply counted as scrap.

Thus, we would like to minimize the number of full 60-foot units/rods that have to be used in cutting all of the given lengths, which means that we may have to be reasonably clever in how we specify the pattern of cuts on each. For example, suppose you need to place an order for 10 pieces of rod having lengths 41, 24, 24, 22, 21, 19, 9, 7, 7 and 6 feet respectively. Since the total length of the 10 pieces is 180 feet, it is obvious that the best we could hope to use is three of the 60-foot spans, but is this even possible?

Naturally, this small numerical example is just a "toy" version of what might be a fairly messy problem in general. Indeed, in a real-world setting, you might have an order for hundreds or thousands of pieces to be cut from stock. In addition, the latter might come in varying sizes as well. And yes, your problem might be "multidimensional". For example, you might seek cutting patterns for 2-dimensional figures from rectangular sheets of aluminum with the aim of minimizing wasted area. You might be operating in a 3-dimensional setting where the requirement is to find a best packing configuration of irregularly shaped boxes into large unit shipping containers employed by an express mail carrier. Regardless, the underlying theme for any of these packing problems is the same; so too, by the way, is their enormous difficulty.

The Housing Office at Georgia Tech has to deal with a big problem every fall; how to make dormitory assignments so as to leave everybody reasonably happy. Of course, it may not be possible for everybody to be actually "happy" with their roommate assignment, so Housing's true aim would probably be to at least minimize the amount of misery created overall with the assignments.

Here's the thing...suppose that for Fall 2006, a total of 1964 freshmen are planning to live on campus in a dorm. Each student has, as part of their enrollment information, submitted a "wish list" regarding their preferences in terms of a roommate. These include such things as serious study habits, from Alabama, not from Alabama, likes jazz, talkative, no pet snakes, etc. Some of these attributes may have higher priorities than others, so Housing may "weight" them in some way.

In any event, what Housing would like to do is find a pairing of individuals that, in some sense, maximizes total "acceptability" and for which there is enough dorm space. For example, if two rooms are available for four students, but one student is absolutely unacceptable to the other three (under any circumstance), then two rooms will simply not suffice. Nonetheless, what do you think about the problem? Is it tricky? Does it get easier or harder if rather than pairs, Housing is looking for groups of three (i.e. for dorms with 3-person suites)?

Suppose that a citizens group is planning an Earth Day program consisting of a series of seminars dealing with topics such as recycling, alternative energy sources, and solid waste management. A local university has agreed to allow the use of their classrooms to conduct a total of 14 seminars that can begin at 8:00a.m, but must conclude by 5:00p.m. No seminars are scheduled to run during the lunch hour (12:00- 1:00p.m.), leaving eight one-hour time blocks available. The seminar coordinators have requested specific blocks of time during the day for each of their sessions. These are shown below:

Now the problem. The university would like to have as few rooms as possible used and they have given you five rooms thus far. Is this enough to schedule all of the seminars in their desired periods? What if only four rooms are allocated?

A pharmaceutical distribution center consists of A-frames for frequently demanded prescription and OTC drugs, a gravity flow racks for less demanded items, and static racks for slow moving items. The A-frames and racks are restocked during the day while orders from hospitals and pharmacies are being placed. At night, orders are picked, assembled, sorted, and checked. By dawn, delivery trucks leave the DC towards the customers to deliver the orders.

A major pharmacy has been added as a client. As a result, the management of the DC has proclaimed that the trucks are consistently leaving the DC later than their scheduled departure times, overtime cost is increasingly above target levels, and emergency restocks are becoming more frequent. What should they do to meet their target departure times and reduce their overtime labor cost? Should they rethink which products (and in what quantities) should go on the A-frames? Should they plan their stocking levels and locations based on seasonal demand (e.g. flu season or allergy season)? Should they implement a flexible labor policy to shift pickers across zones based on nightly picking demand?

A 24-hour grocery chain would like to formalize it's policies regarding how many checkout lines to have open at various times. Clearly, at 2:00 a.m. there is little reason to have more than one open, while on "heavy traffic" days such as the afternoon prior to Thanksgiving, several lines need to be open in order to reduce customer waiting time and congestion within the checkout area.

On the other hand, if too many lines are opened, the additional checkout personnel required to staff the lines have to be taken from other equally critical jobs such as stocking and check cashing. Something has to be done, for right across the street is a large competitor who is poised to take your business if customers find your checkout process too much of an inconvenience.

The management of the chain has proclaimed that no new personnel can be hired just for checkout, unless absolutely necessary. However, they have set an objective that the "average waiting time" that a customer experiences for the entire checkout process (waiting in line plus time for checkout itself) is not to exceed 10 minutes. How then would you go about designing a strategy that provides the store managers with greater insight into how they might better schedule the opening and closing of their checkout lines?

What about opening another "express lane?" Should the latter be restricted to 10 items or fewer? How about 15 or fewer? Does it make a serious difference? And if the company president makes a surprise visit at 1:30p.m. on a Friday, and if there are three checkout lines open, what is the probability that he will have to wait in line no longer than 5 minutes? 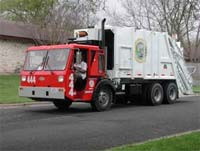 A refuse company has a service contract for trash collection in a metro Atlanta neighborhood. This is a relatively large subdivision with approximately 4000 homes; streets are both one- and two-way and pickup occurs once weekly (every Tuesday).

Currently, the company assigns three trucks to the subdivision with all entering at a fixed point (x) and departing by an exit point (y, which is different than x) after their work is completed. While no single or even pair of trucks has enough combined capacity to completely service the neighborhood, the capacity of all three will indeed suffice; that is, all three must be used in some configuration.

Your objective is to find a fixed route for each vehicle so that the least combined travel distance (considering all trucks) is driven and the following restrictions are met: (i) no vehicle capacity is exceeded, and (ii) each street is traversed, adhering to direction if necessary, at least once.

What is Supply Chain Engineering?

Supply chain engineers design and synchronize the networks and processes that move raw materials and supplies into production facilities, transform them into finished goods, and distribute products to customer markets. Supply chains are critical systems that enable industrial organizations to thrive. 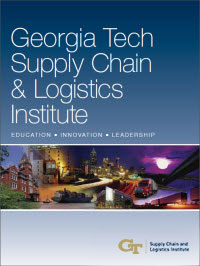